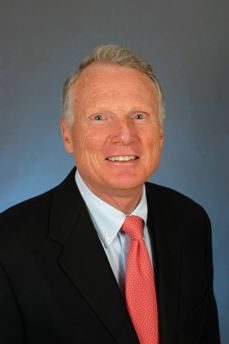 Dr. Thomas J. Rauth was born in New York and lived in Boston, China Lake, and San Francisco before moving to San Diego with his family at age seven. Tom attended the University California, Santa Barbara,where he graduated with a Bachelor of Arts Degree in Zoology in 1969. He attended the University of California, Los Angeles, School of Dentistry, beginning in fall 1969, and he completed his studies in the spring of 1973 when he earned his Doctor of Dental Surgery degree. At graduation he was inducted into the Omicron Kappa Upsilon National Dental Honor Society. He continued his dental post-graduate education at the University of Minnesota School of Dentistry where he received a Master of Science in Dentistry degree and a Certificate in Postgraduate training in Endodontics in 1975.

Upon his return to the Los Angeles area in 1975, Tom joined two of his former professors and mentors in their respective endodontic practices, Dr. Gerald E. Longhurst in Encino, and Dr. Thomas L. Higginbotham in Santa Monica. He also taught at the UCLA School of Dentistry from 1975-1978. He established his Santa Monica practice with Dr. Kenneth C. Trabert at its current location in 1978. Tom has maintained his relationship with the UCLA School of Dentistry over the years and is currently a member of the Board of Counselors as well as serving as Co-Chairman of the Appolonian Society, the School of Dentistry's alumni philanthropic organization.

Tom and his wife, Patricia, have three adult children and two granddaughters; Tom and Pat have lived in the Westside since originally returning to Southern California.