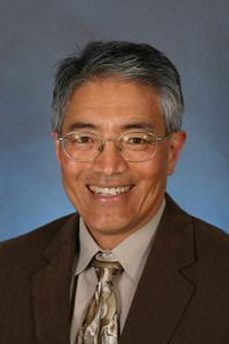 Dr. Bradley G. Seto grew up in Sacramento, California, and attended the University of California, Davis as a biochemistry major. He was admitted to the Emory University School of Dentistry after his third year of college. Brad graduated from dental school in 1978, with his Doctor of Dental Surgery degree. He was also inducted into the Omicron Kappa Upsilon Dental Honor Society. Upon completion of dental school at Emory, Brad continued his education at the UCLA Hospital Dentistry Program beginning in 1978; he earned a certificate at UCLA in 1979.

For the next eight years, he taught at UCLA as an assistant professor and director of the Hospital Dentistry program. In 1987, Brad began specialty endodotic training at the University of Washington School of Dentistry where he received his Certificate of Postgraduate Training in Endodontics and a Master of Science in Dentistry. In 1989, Brad returned to Southern California joining the private endodontic practice of Drs. Thomas Rauth, Trabert and Holcomb in Santa Monica. He continues teaching at the UCLA School of Dentistry for postgraduate dental residents. He is active in Western Los Angeles Dental Society and is a past president of the Academy of Excellence in Dentistry.

Brad stays active playing baseball with the Dodgertown West organization and mountain biking in the Santa Monica Mountains. He has three adult children and lives with his wife Marla in the Pacific Palisades.