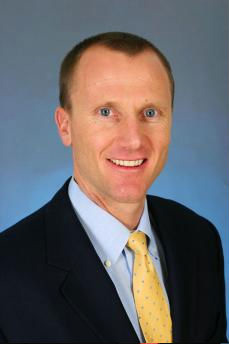 Dr. Richard Rauth (Rick) was born in 1978 in Santa Monica, California. He attended local schools and spent most of his free time playing sports and at the beach. Rick attended UC Santa Barbara where he captained the men's division one volleyball team and graduated in 2000 majoring in Earth Science.

After leaving UCSB Rick was hired as a Project Engineer for Matt Construction; a commercial general contractor with offices in Southern California and Las Vegas. Rick spent three years with Matt Construction where he was promoted within the company and had the opportunity to manage the construction of a hospital, an art gallery, a parish center, and several office buildings.

Rick decided to return to school in 2005 and was accepted at the UCLA School of Dentistry. In addition to his DDS degree Rick earned a Master of Science degree in Oral Biology with his thesis focusing on genetic manipulation and mineralized tissues. Rick was the Vice President of his class, Student Body President, and also served as the dental school representative to the Graduate Student Association. Rick co-authored several published articles as a dental student and won first place in the California Dental Association student research competition in 2008. Rick graduated Cum Laude in the spring of 2009 and was elected into the National Dental Honor Society Omicron Kappa Upsilon (OKU). At graduation Rick was selected for eleven awards and scholarships for his academic performance, leadership, research, and clinical excellence.

Rick was accepted into the post-graduate endodontic residency program at the UCLA School of Dentistry and earned his Certificate in Endodontics. Rick continues to participate in education and is a part-time faculty member at UCLA.